10.09.2013/Soldering by S.Filin. While the 3D layout - everything works. GT806 steam outlet.
11.09.2013/ An excitation or sub-excitation was found. It manifests itself as follows: I turn it on - everything is super, silence from the column, I wait ... and after 15 seconds a weak buzz begins to appear. Over time, it becomes louder, as the input signal level increases, the volume of this U-U-U-U-U does not increase. The quiescent current is 80mA and does not change with the growth of U-U-U-U-U. Tonight I'll try to put 47-100 Ohm resistors into the GT806 bases, if not, I'll try to change the transistors in the voltage amplifier.
12.09.2013 / Excitation or subexcitation was easily cured. How? Yes, I just lowered the voltage. It was 2x24v, I made 2x18v and silence in the speakers and no sub-excitation or excitation.
13.09.2013/ I made first pcb, yesterday I etched it, tinned it and stuffed it with details. There will be a launch tonight after work.
09/16/2013/I made a pcb for the second channel, stuffed it with details, launched it at the weekend, listened. Everything is working!
09/20/2013/I made a power supply scarf (2 x 15 ... 25v), stuffed it with details, launched it. Everything is working!
04/09/2014/I waited a very long time until they make a chassis with a casing - stainless steel, however, 1.2mm thick. After, cut out the front panel.
04/18/2014/Laying wires. And still trance left to fill in the sarcophagus. And everything will be very decent. 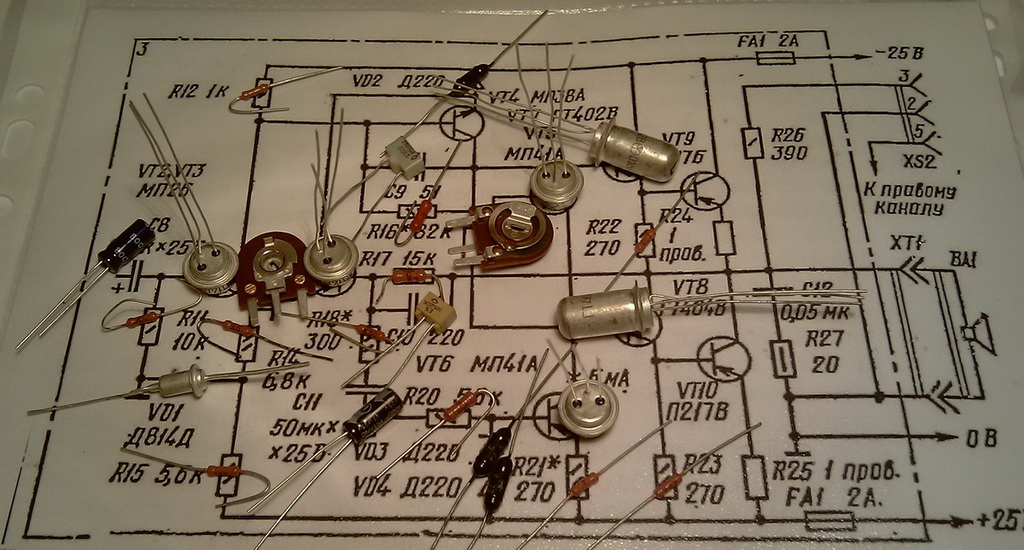 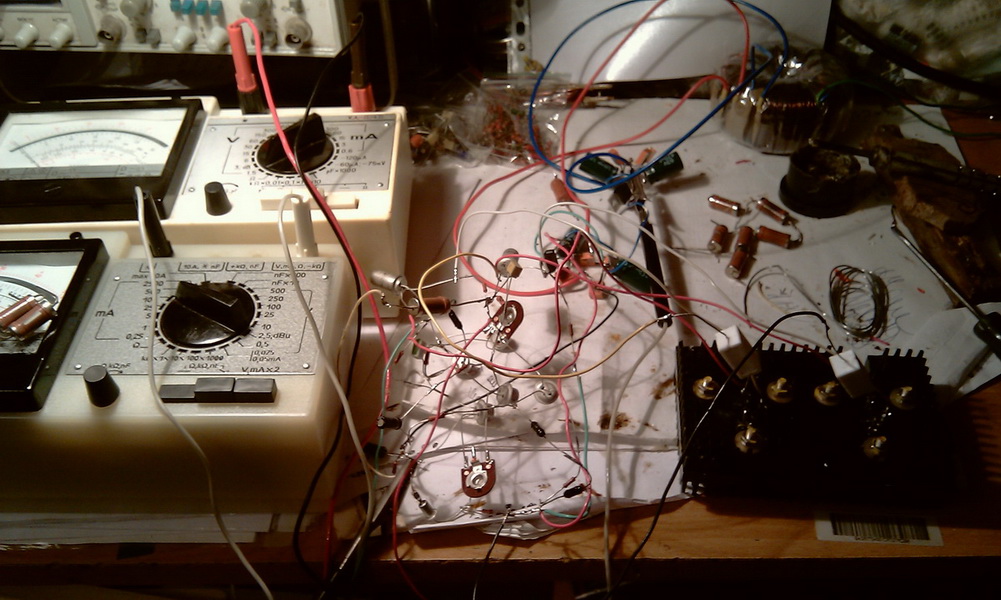 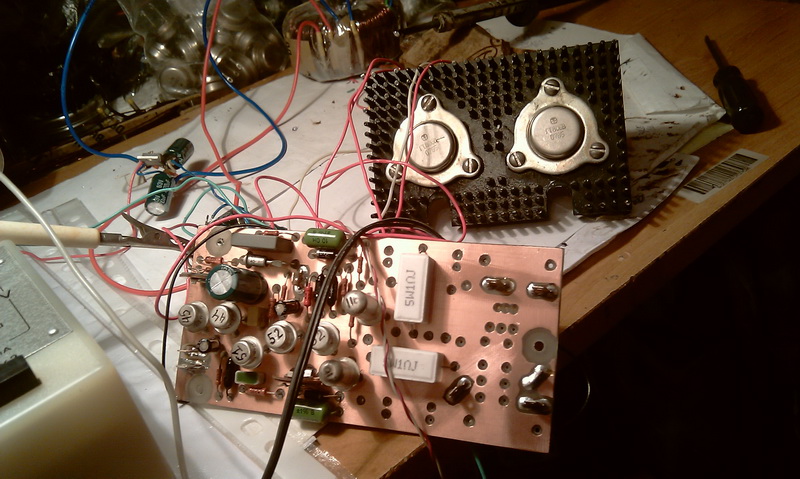 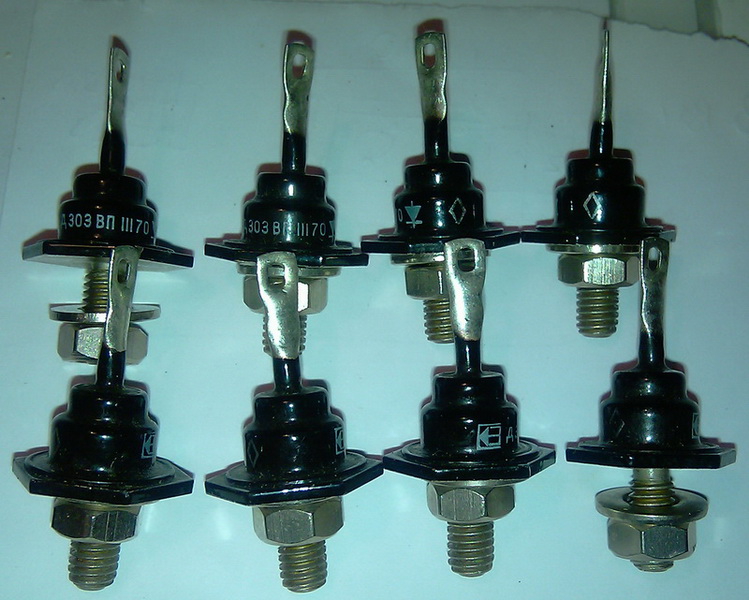 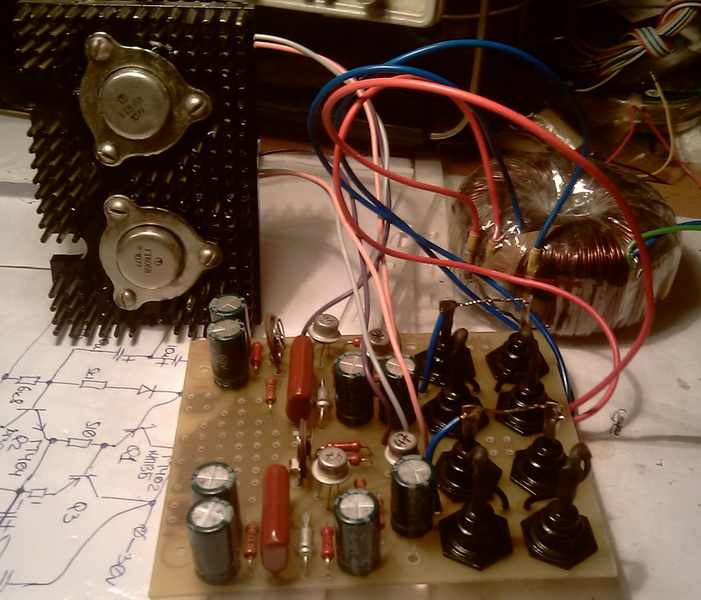 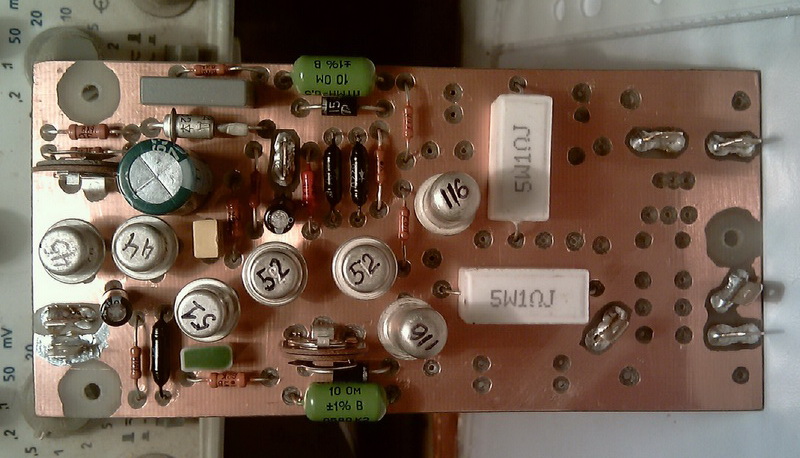 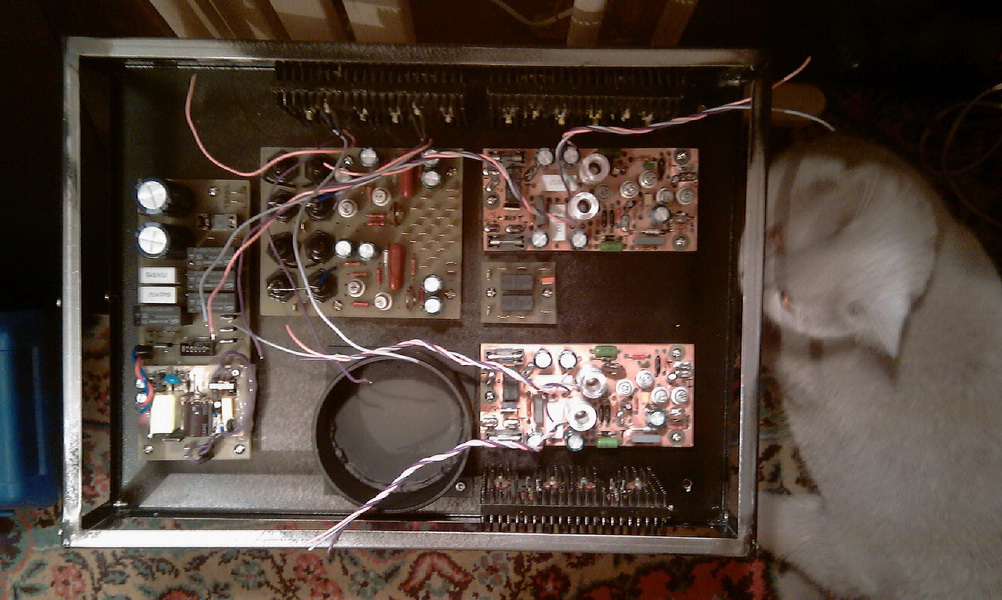 The amplifier is equipped with a soft start device (Soft Start), a delay in connecting speakers or headphones (Delay Unit), as well as protection against constant voltage at the output (Protection Unit). The standby power supply is borrowed from the feeder of the D-Link print server. The power supply circuit of the amplifier was borrowed, I don’t remember where (from some kind of radiogram), since during the reign of Germany there were many feeder circuits, often of the same type, but nonetheless. The same GT806V (for both arms) act as an adjustable element in the power supply. After laying the wires, I raised the voltage to +/-20V. The body is traditionally made of Aisi 304 stainless steel. The front panel is made of 4mm thick duralumin. from some power supply made in the USSR. The handle of the stepped volume control is also made of duralumin, the outer diameter is 50mm. The volume is adjustable (24 Stepped Ladder Type Attenuator) from -75dB to 0dB. The first three steps are -5dB, the rest are -3dB down to 0dB. As for the sound, I can’t say yet, because you have to listen, and on different acoustics. As a result, it sounds great! And you don't need any tone control blocks! Headphones TDS-7, TDS-15, TDS-16 sound true, especially the bass register! and especially TDS-7! 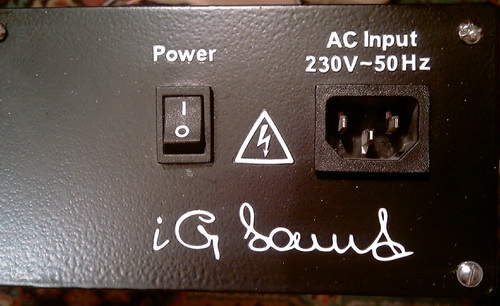 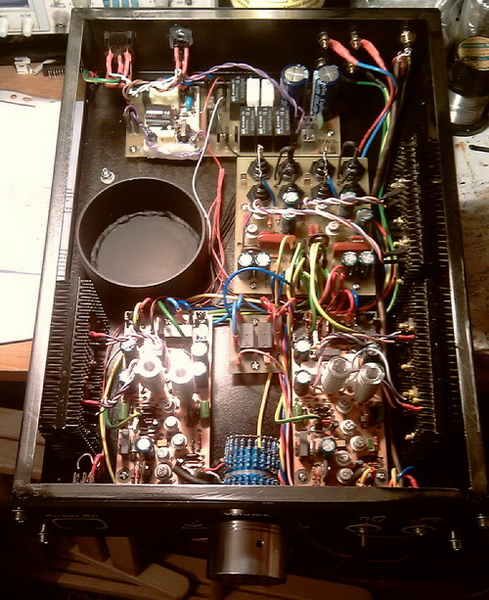 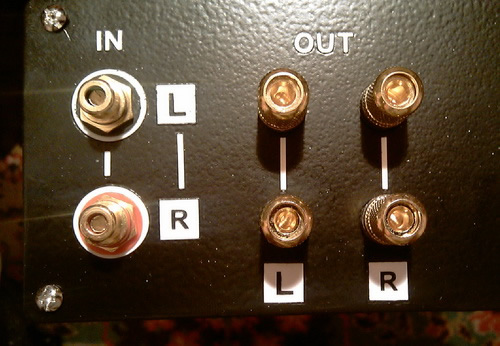 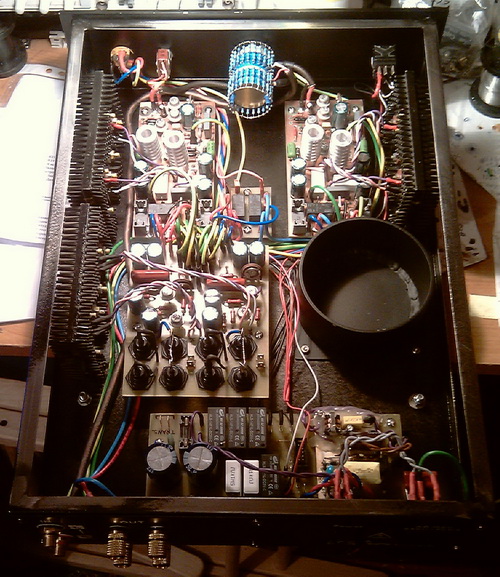 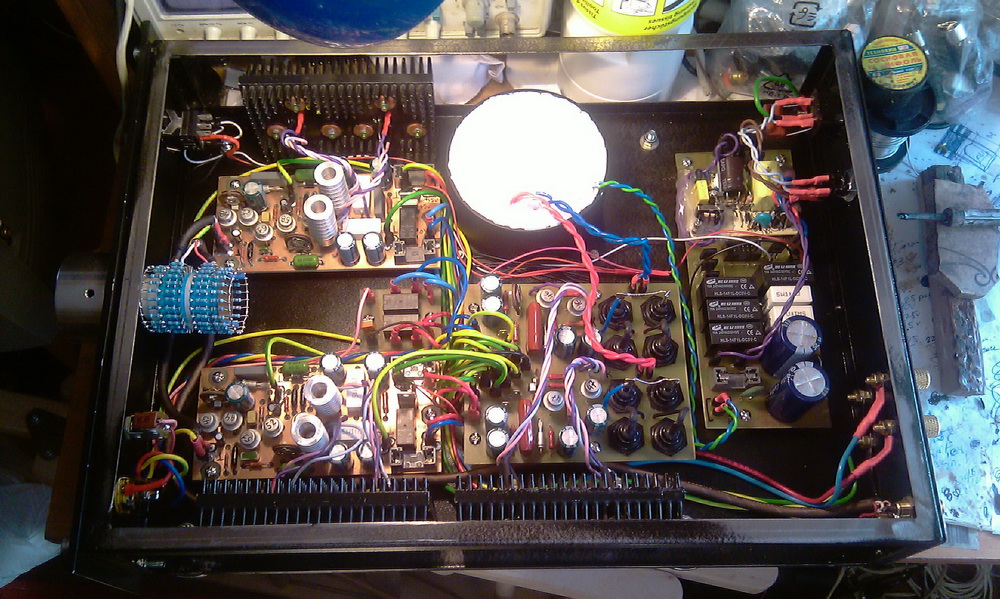 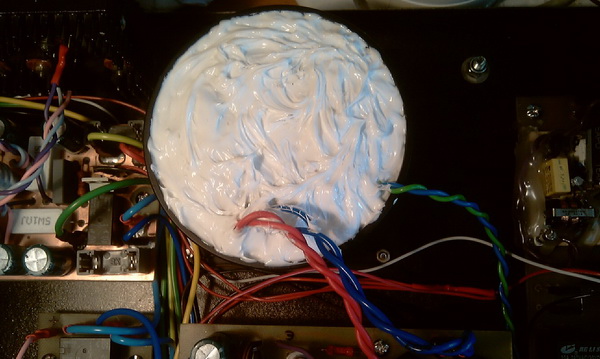 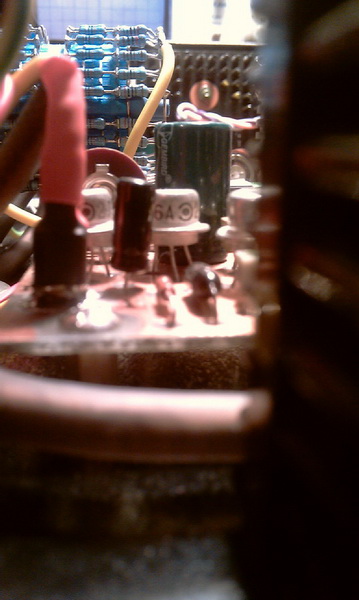 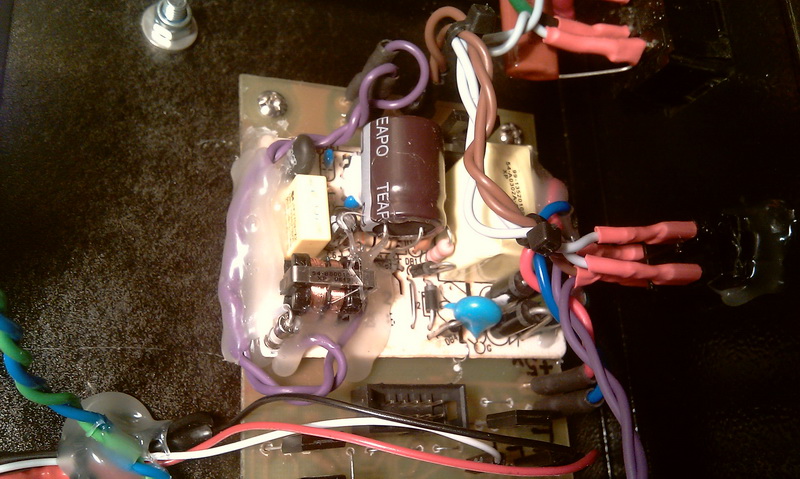 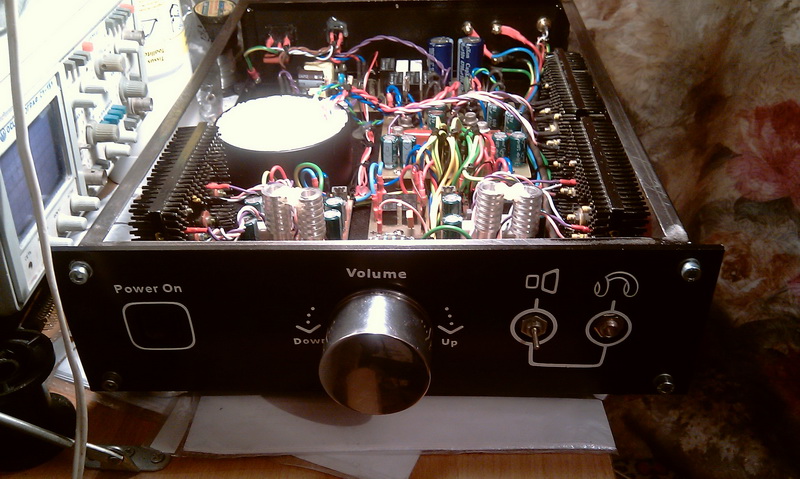 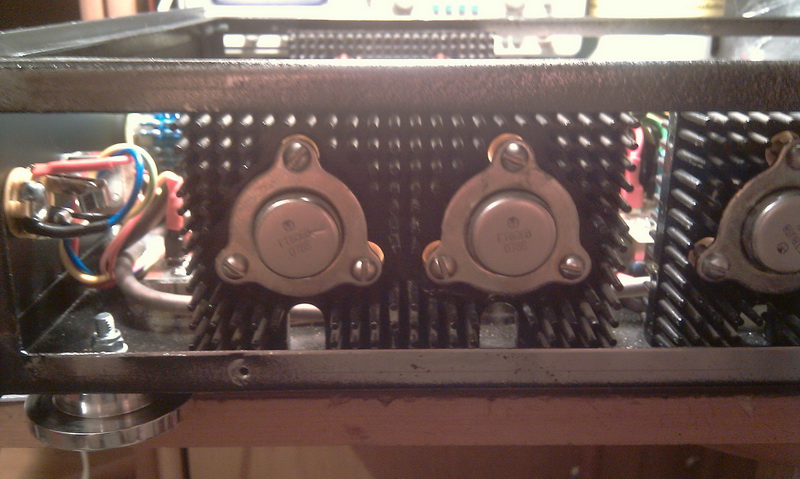 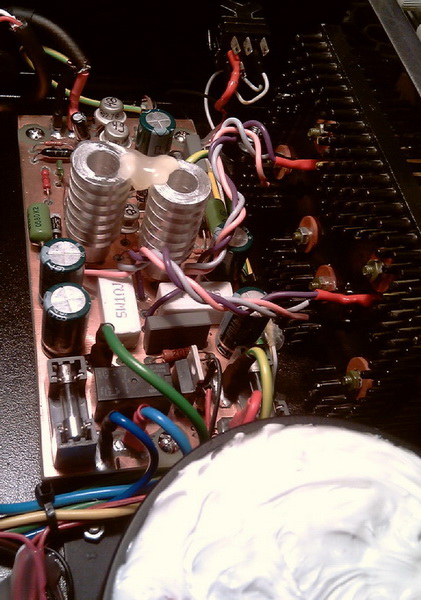 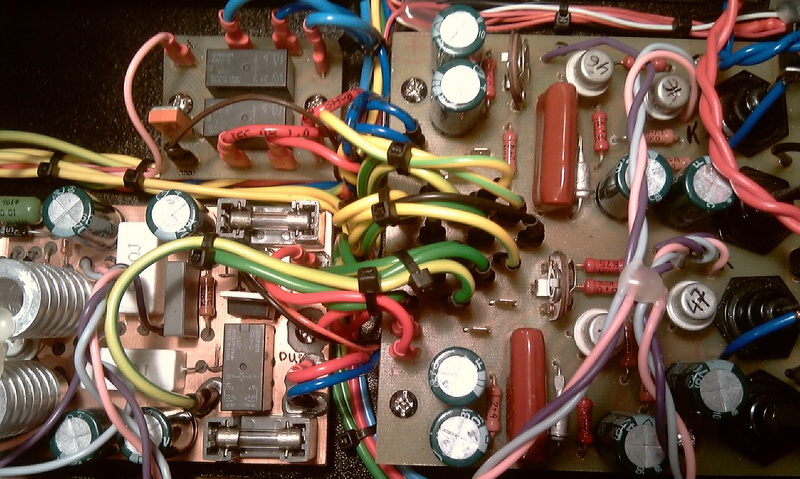 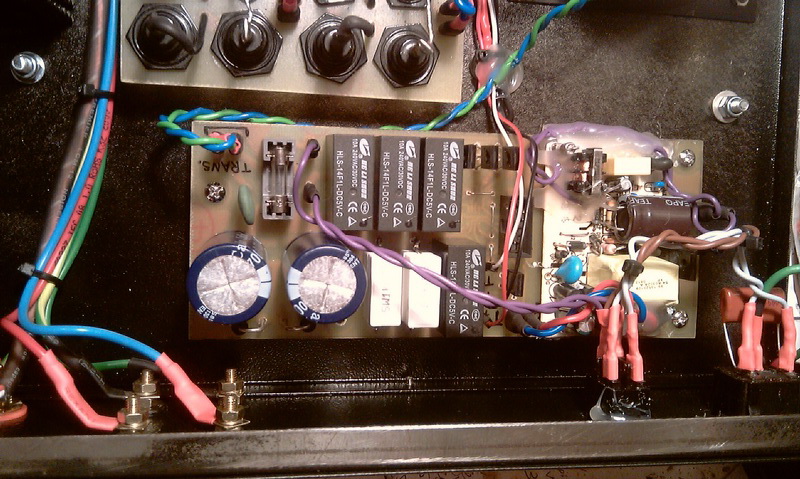 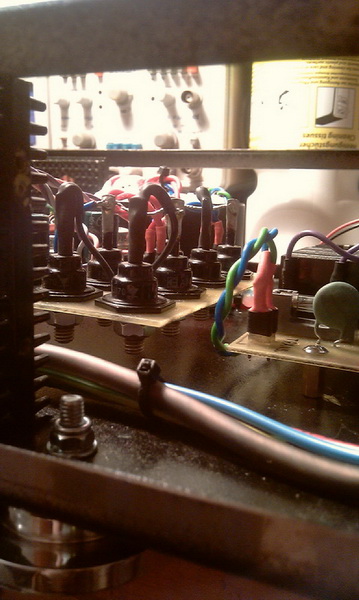 I filled the transformer, or rather, dipped it in silicone sealant. Well done.
The wires are laid and fixed.

It became clear that the stepped volume control, chinees, which is visible in the photo as a blue biscuit, should be thrown out or something done with it, because gauno it is not of very good quality. He took it off and put it aside. I change the volume control. What to change? The first thought is a relay RG, I have the exact resistors for it (as I knew then I took two sets) and there is a relay, Takamisawa 12v. One caveat - there is not too much space for the board. And there should be one fee, yes. But then I can squeeze it, etc. And then the second thought came - PGA2310. I have one thing, in SOL. You can, of course, stir up control on simple logic (there are diagrams on the network), but for me it will be easier to sketch out the code for a simple AVR, for example, ATtiny2313. I have exactly one, in SOIC. I don't need an LCD there, because the entire range of services for the PGA2310 will more than fit into 2kB. The service will be simple: volume +/-, MUTE, when turned on, a smooth increase in volume. Leaving in and out of MUTE is just as smooth. In MUTEe, the volume is not adjustable. Encoder control. Next, a diagram of a simple volume control and firmware. 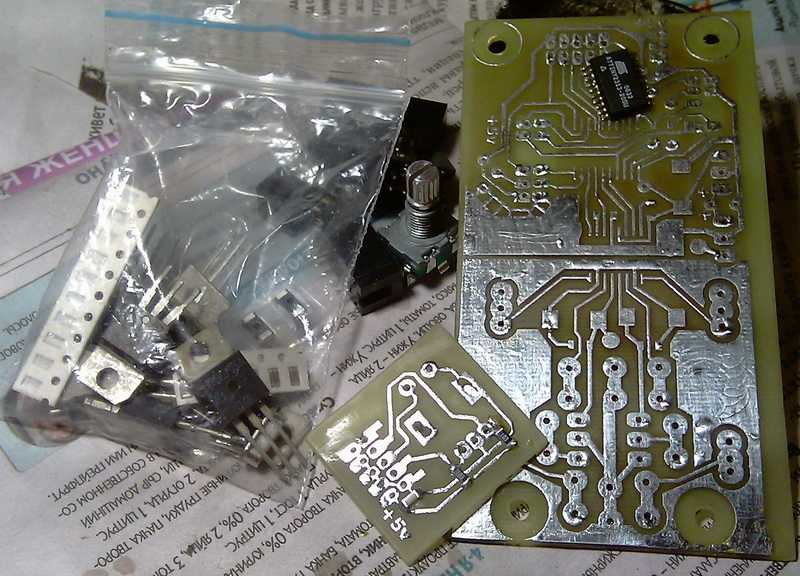 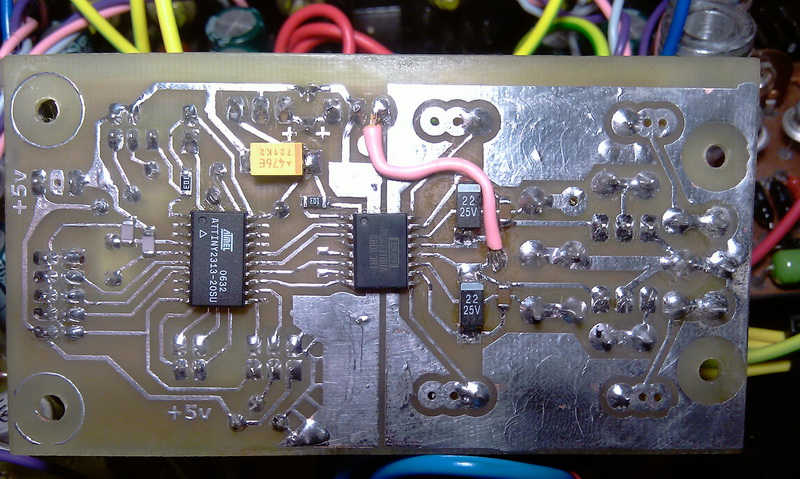 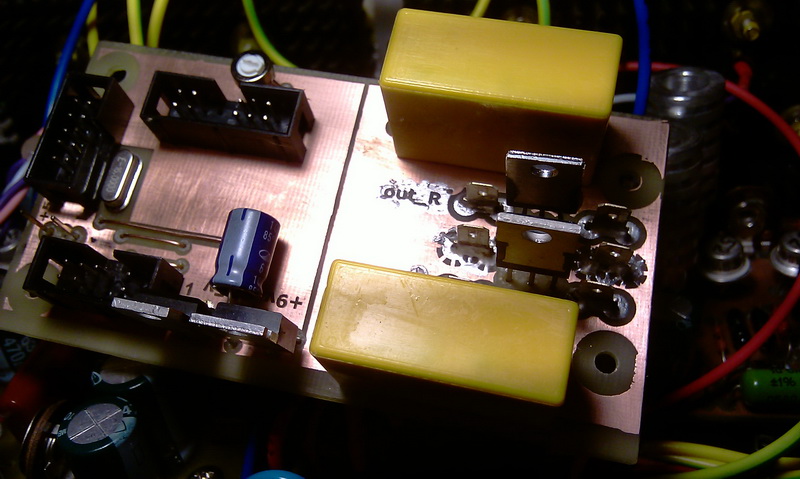 I display service information on the LCD to control the correct operation of the VC. You can replace it with some useful information if someone needs it, until the piece of iron is installed in the case. Removing the LCD maintenance function from the code immediately frees up more than 30% of the AVR's memory in this case.

11/19/2015/In August, they burned the left channel + primary transformer. Changed the pcb. The transformer took another, more powerful one. But something didn't work. After switching on, after a few minutes, some kind of sub-excitation appeared, some kind of buzzing like from a transformer, which did not exist before. After trying to shift some wires - but the shielding of the transformer with additional metal gave the best result - the pickups disappeared completely.


Later, the Chinese stepped volume control like 24 Stepped Ladder Type Attenuator was disassembled and smeared with baby vaseline. Assembled and installed back into the amplifier instead of the PGA2310. Just because the PGA2310 spoils the sound very well. But the Chinese biscuit was also replaced a year later by ALPS 100k.

05/15/2020 / Replaced the power supply. I completely redid the board, instead of D303VP diodes I installed STTA806D. Each channel has 40,000 microfarads, later I will add another 10000uF (the space on the board allows). In the power supply, I also replaced the GT806 transistors with P210. Raised the supply voltage, now 2x26v under a small load and no buzz. 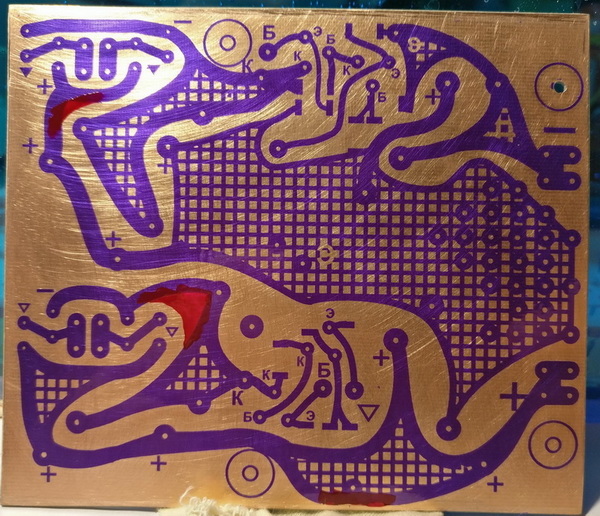 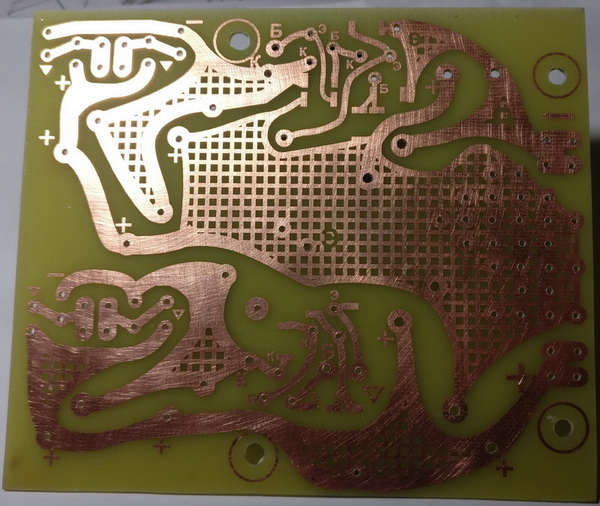 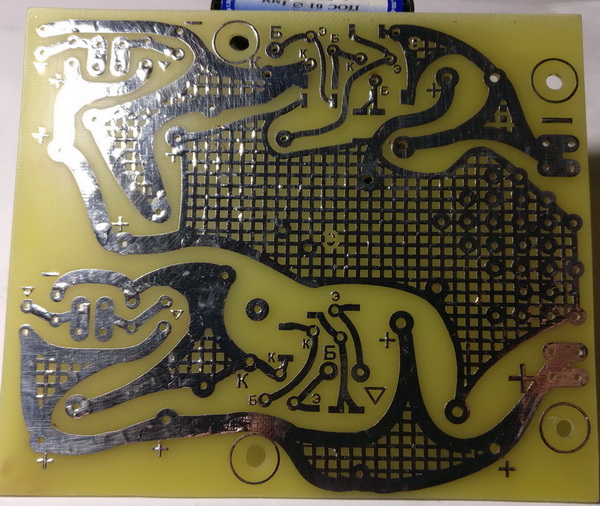 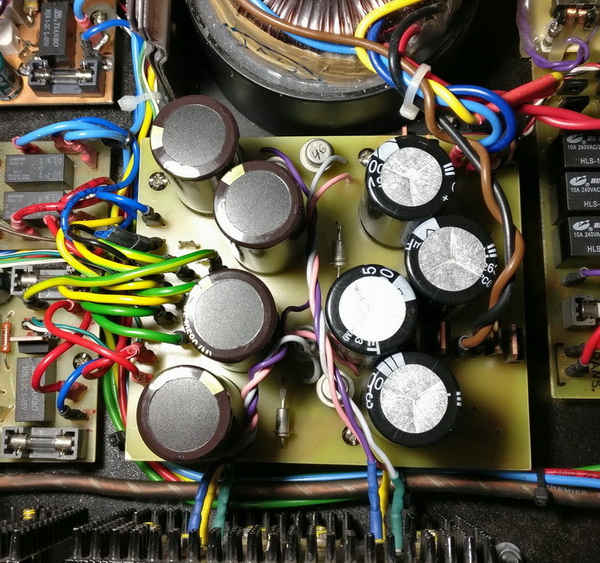